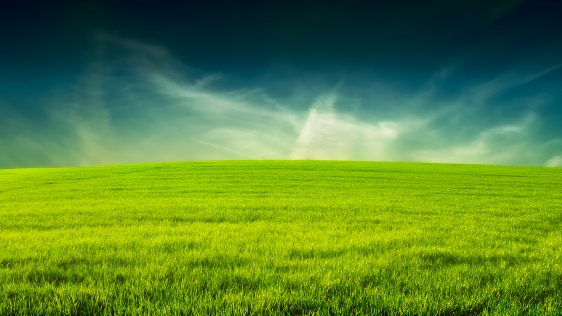 Through time and observations we come to conclusions about this life and what comes after. Such has been my experience; and especially of the Lord’s Day. If I were to write the book it would be titled The Lord’s Day ~ It’s Purpose, Program and Practice. Each Lord’s Day has become a means for me to put into words what the day now means to me. It has not always been as it is now, but through the process of time I believe the Lord has led me to conclusions about His day.

I have been back through the channel of time (in God’s word) to see the Sabbath in the Ten Commandments not just as a law given to the Israelites, but also as a pattern of what was to come. It was not just a program for the Jewish worship day, but a vision set for the church that would be established through His Son, Jesus Christ. It was not for their practice alone, but a future plan for all God’s people through His everlasting covenant.

When the Old Testament prophesied the coming of the Messiah it was the purpose and the promise of something greater than what they already had. The Jews had observed the Sabbath as the seventh day. “From the beginning of the world until the resurrection of Christ, God appointed the seventh day of the week to be the weekly Sabbath; and the first day of the week since then until the end of the world to be the Christian Sabbath.” This quote is from the Shorter Catechism taken from the Westminster Confession of Faith.

When I look back to the quotes of Jesus in the New Testament I see the program that He was establishing. He spoke often of His death in “going up to Jerusalem,” where He will be killed and “shall rise again the third day.” Mark 10:31-34

On the third day He was raised as He said.

What happened in His resurrection? Before anyone else knew He established Himself as Lord of the Sabbath, Lord of His own day ~ a new day, for a new creation, a new assembly of saints who would practice on this day what He established for eternity.  The same power of the Holy Spirit that raised Him from the dead is the power that gives us new life  in Him and brings us to this worship of Jesus Christ as Lord and Savior.

An eternal life and a new day of worship replaced the old. The new wine, the good wine was saved until Christ came and bled, and died and gave us His own life. This day He brings His people, those whom He has saved by His own life and death, in special remembrance of this union with Him and the Father, reconciling us to Him and making us joint heirs in His kingdom. We are joined this day with other saints here and in heaven, in observance of His suffering and sacrifice for our atonement (remembering His death in the Lord’s Supper). We worship through prayer, praise and His Holy Word as we practice for the celebration of this feast that will take place in eternity.

The purpose and the promise, the program and the practice do not end in a weekly worship service. The Lord’s Day is a full day; its purpose is for a whole day, not just an hour in a church service with other saints. This is the hard part and the unusual part of the practice. We will look in subsequent weeks at the preciousness and value of the Lord’s Day ~ the whole day ~ and how it is to be spent with the Lord.

“But the path of the just is as the shining light,
that shineth more and more unto the perfect day.”
Proverbs 4:18

Dear Father, let us live in praise and worship to you today.  In Jesus’ name I pray. Amen.

2 thoughts on “The Purpose of the Lord’s Day”