(Introduction The Danger of Freedom and Bound by Grace brings us to this last post on the matter of freedom.)

When God sent Moses to Egypt, He had a single purpose for delivering the Israelites from their bondage. Like Adam and Eve, acting in rebellion against Him, they had been taken into captivity. For seventy years they had been in slavery (the same number of years they had rebelled against God’s Word in profaning the Sabbath).

It was an act of God’s grace, through Moses, that they were led out of Egypt to serve Him, to worship Him, to be brought into a land of promise – a new land where they would know the freedom God wanted for them.

Shortly after given this freedom from their hard labor, they rebelled against Moses’ leadership, even asking to go back to Egypt. They did not trust God to provide for them. Neither did they worship Him according to His will.
At Mt. Sinai, the multitude influenced Aaron to make a golden image and sinned in their idol-worship. They never experienced the reality of freedom. It was only the second generation that survived and entered the land of Canaan under Joshua’s leadership.

The Law presented at Mt. Sinai, 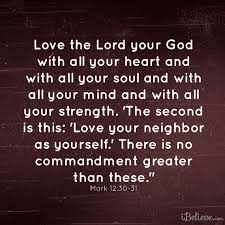 was not written in stone for their freedom. It was God’s means of showing them and future generations His kingdom of love. Through His law, He planned to bring to Himself a helpless and hopeless people who knew they could not live in full obedience to His Law. Even as He proved Adam and Eve helpless without His continual presence and leading, so He proved man cannot live in obedience to His will except by His continual power spiritually working in them. In Ezekiel 36:26, He promised He would displace the stony heart of man with a new heart and spirit.

A New Covenant
The writer of Hebrews quoted to the Hebrew Christians the promise of a new covenant in Jeremiah 31:33 to the house of Israel. The Law through Moses was the old covenant – the Old Testament revelation of God’s kingdom. The new covenant would be written in their hearts.

For finding fault with them, he saith, Behold, the days come, saith the Lord, when I will make a new covenant with the house of Israel and with the house of Judah:
Not according to the covenant that I made with their fathers in the day when I took them by the hand to lead them out of the land of Egypt; because they continued not in my covenant, and I regarded them not, saith the Lord.

For this is the covenant that I will make with the house of Israel after those days, saith the Lord; I will put my laws into their mind, and write them in their hearts: and I will be to them a God, and they shall be to me a people:

In that he saith, A new covenant, he hath made the first old. Now that which decayeth and waxeth old is ready to vanish away. Hebrews 8:8-10, 13

This new covenant — the New Testament revelation — is a covenant of redemption through the blood of His Son, Jesus Christ. His death was counted as the punishment for our sins – a propitiation (1 John 4:10).

His sacrifice was planned to appease the wrath of God and set us free from condemnation under the law and from the power of sin.

The Covenant of Grace
This new covenant is the Covenant of Grace, by which He binds us to Himself and through which, we are delivered from our bondage to serve Him. It is the power of the Holy Spirit that fills His people with the desire and the freedom to obey His written Law. It is the new heart and a new spirit that loves as God loves – a heart that loves His law (Psalm 1) and a spirit that rejoices to live in obedience to Him.

As we are bound to Him through His covenant, we are free to love Him with all our heart, soul, mind and strength and our neighbor as ourselves. Every hindrance has been removed that would keep us from loving Him and others.

Stand fast therefore in the liberty wherewith Christ hath made us free, and be not entangled again with the yoke of bondage.

For, brethren, ye have been called unto liberty; only use not liberty for an occasion to the flesh, but by love serve one another.
For all the law is fulfilled in one word, even in this; Thou shalt love thy neighbour as thyself.

Those led by the Spirit of truth (John 16:13) understand that the law is written in our hearts; as we meditate on His Law – His Word, we hide it in our hearts so that we will not sin against Him (Psalm 119:11). We are not under the law but we live freely under the power of His Spirit to love Him and others; we establish the law (Romans 3:31) by faith in His salvation from the bondage of sin.

Dear heavenly Father, you bought us by the blood of your Son.  You sought us as your lost sheep, brought us to yourself, bound us by your Covenant of Grace, and taught us the law of your kingdom so that we live freely in love and obedience within a corrupt society. Guide us each day by your Holy Spirit. Let us love as you love – for your glory and our joy. In Jesus’ name, we thank you and praise you. Amen.
Fran
O Wretched Creature That I Am