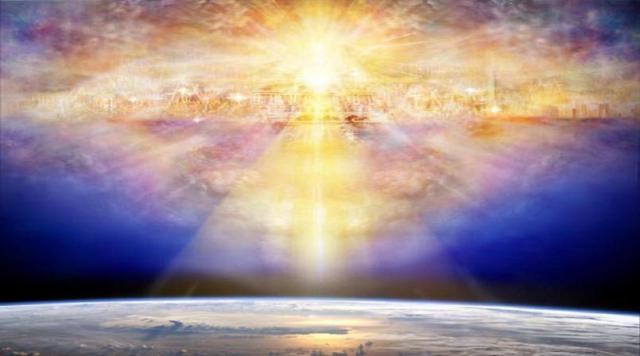 Did only three men see the star over Bethlehem? Might others have looked seeing nothing more than an ordinary light? The world never knew it was there.

What did the wise men see but a star that led them to “the light of the world”?

In the beginning, before there were stars, a sun, a moon, or anything visible, “God said, ‘Let there be light.’ And there was light” piercing the darkness so that His creatures would see the heavens and the earth He would so wondrously make.

He provided the special light of His presence for His people when He led them out of Egyptian bondage.

“And the Lord went before them by day in a pillar of cloud to lead the way, and by night in a pillar of fire to give them light, so as to go by day and night.” Exodus 13:21

At night, while there was darkness on the Egyptian side, He provided light for the Israelites “so that the one did not come near the other all that night” (Exodus 14:20).

Light in the Heart

He is still providing light for His people today.

“For it is the God who commanded light to shine out of darkness, who has shone in our hearts to give the light of the knowledge of the glory of God in the face of Jesus Christ.

But we have this treasure in earthen vessels, that the excellence of the power may be of God and not of us.” 2 Cor. 5:6-7

“that you may become blameless and harmless, children of God without fault in the midst of a crooked and perverse generation, among whom you shine as lights in the world, holding fast the word of life,” Phil. 2:14-16

More important than water or food, when our heavenly Father created the heavens and earth, he provided an eternal light ~ the most important thing for life. The first light is the same light that has been with His creation since the beginning, through the wilderness, to the light of Christ that takes us in death to eternal glory with Him.

Gracious heavenly Father, as the world is unable to comprehend the eternal light, we pray you would shine this light into the hearts of men, today, to reveal through Jesus Christ, your Son, the knowledge of your glory. Pierce the darkness by your own presence and power. In Jesus’ name, I pray. Amen.
Fran
Suggested Reading: What the Holy Bible Says about LIGHT

5 thoughts on “How Bright the Star of Bethlehem”